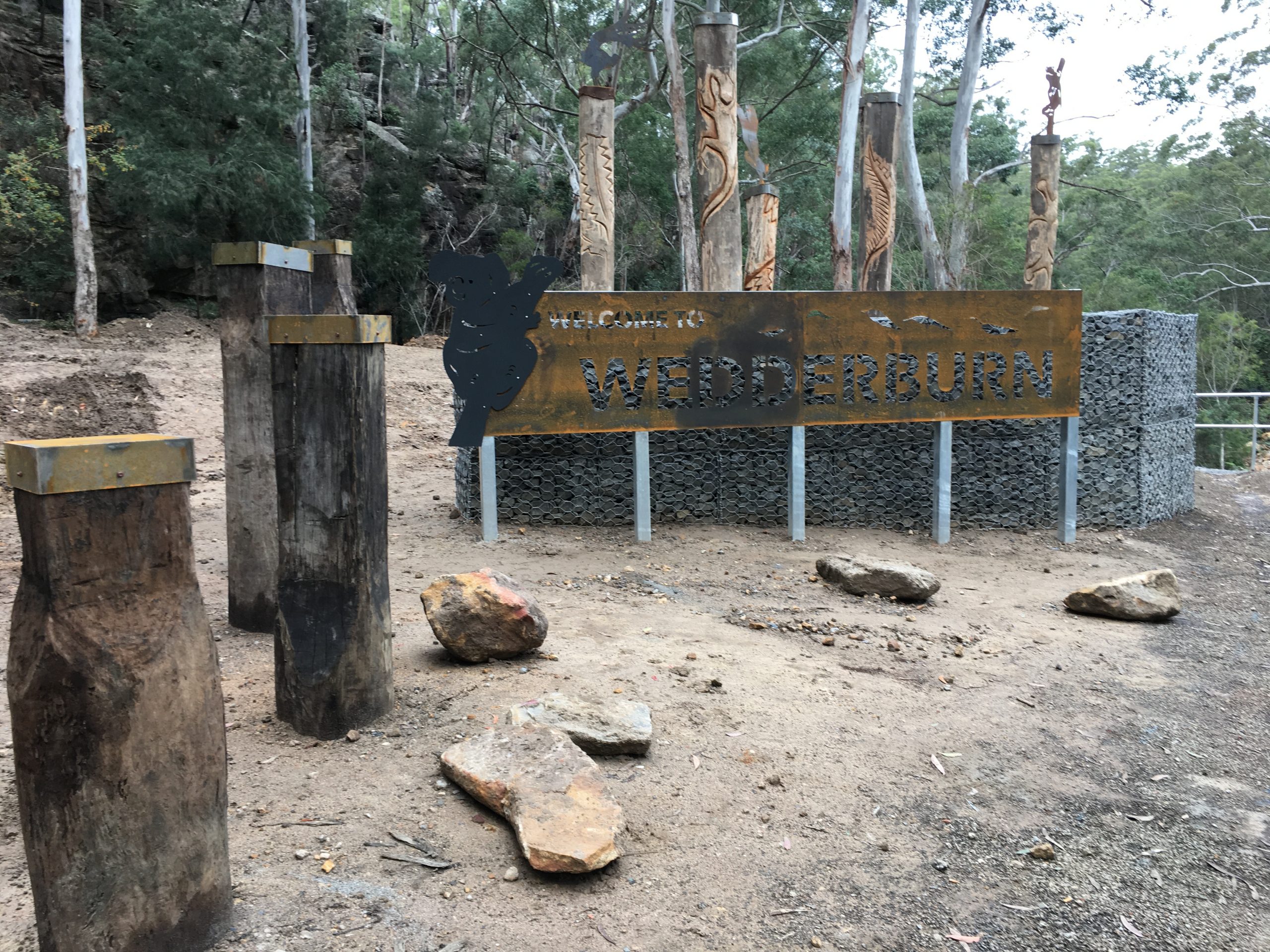 NBL has been involved in the new Wedderburn Bridge project, which was jointly funded by the federal government and Campbelltown Council. The new bridge which allows residents to enter and exit their small suburb during times of heavy rain, when in previous years they would have been stranded by flooding. NBL were engaged to design, fabricate and install signage, as well as sculptural hardwood totem poles. Hardwood posts from the original bridge were retained and incorporated into the final design. The totem poles had motifs carved onto the face and topped with laser cut corten sculptures that depict Australian flora and fauna, native to the area. 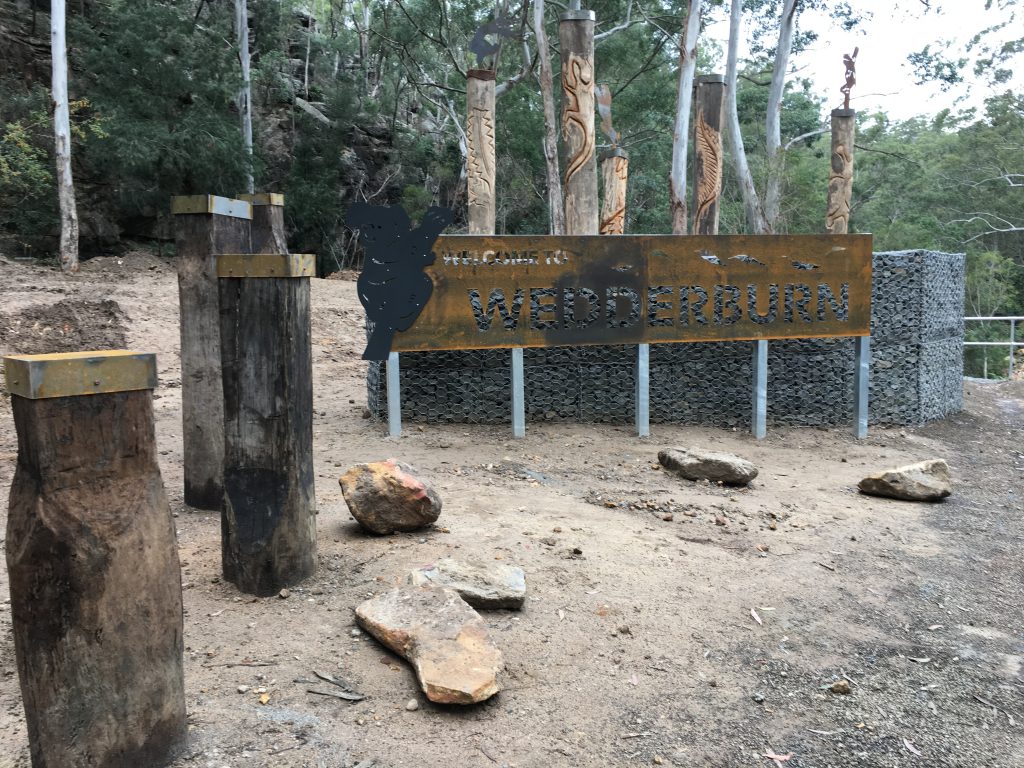 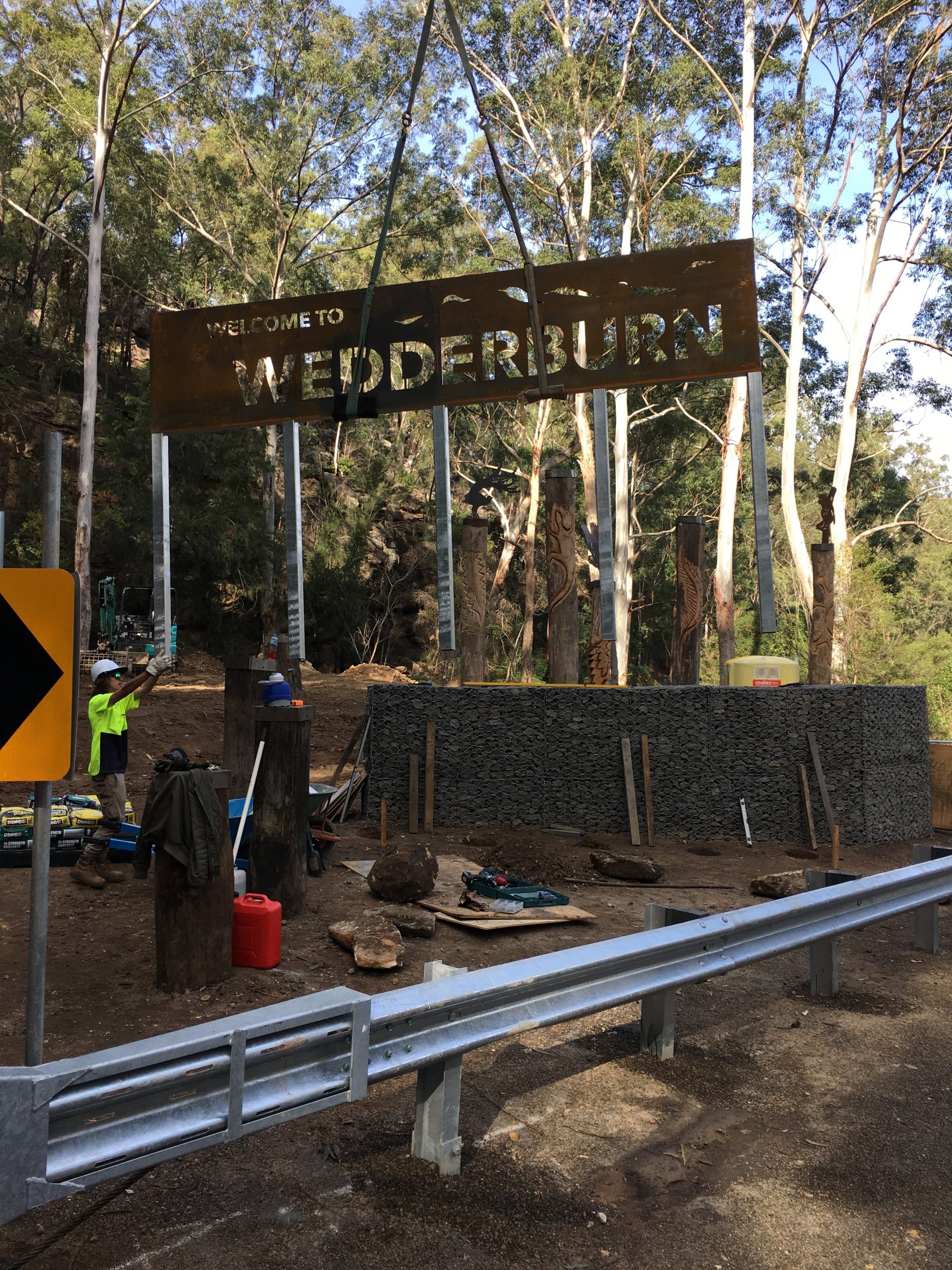 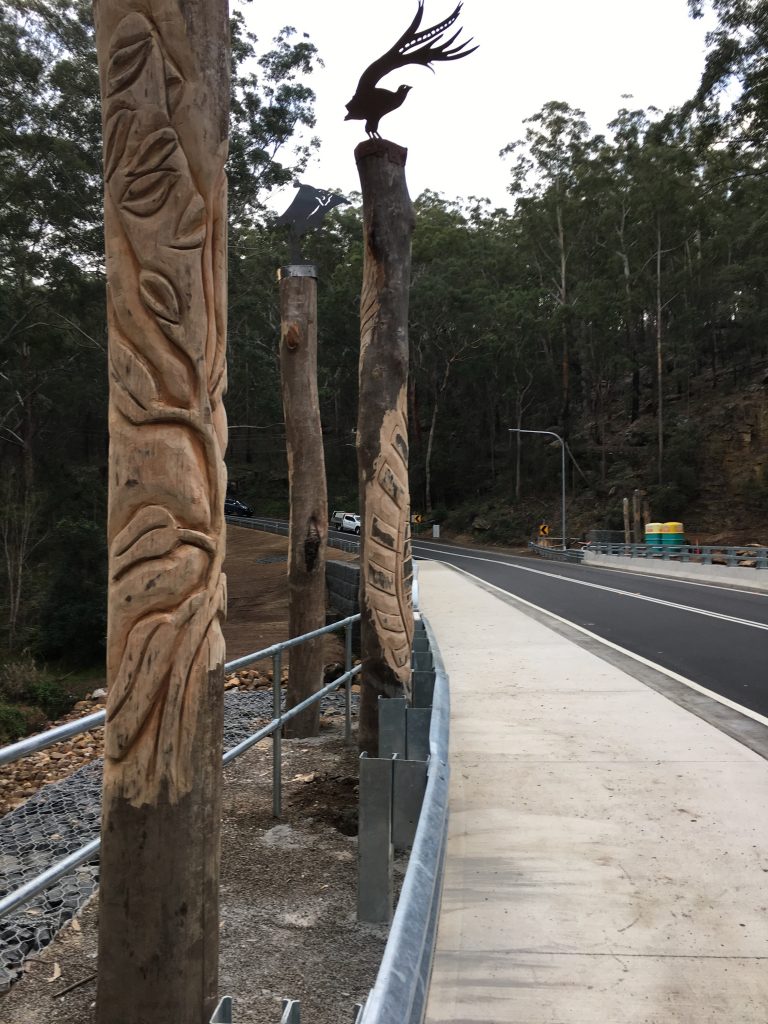